The latest version of Form 941-X and its instructions are now in the draft stage. Although scheduled to be finalized in late September the IRS has issued some advice concerning using the form. This advice appeared in the e-news for Payroll Professionals issued on August 25 and states:

The newest version of the Form 941-X (to allow for corrections to the new lines added to the Quarter 2 Form 941) is expected in late September. In the meantime, for 2020:

If you have already done either of 3-4 above, wait for correspondence to find out if the IRS was able to process the tax return or had to reject it. Given the backlog of paper forms and correspondence due to COVID-19, the IRS is unable to estimate when correspondence will go out. 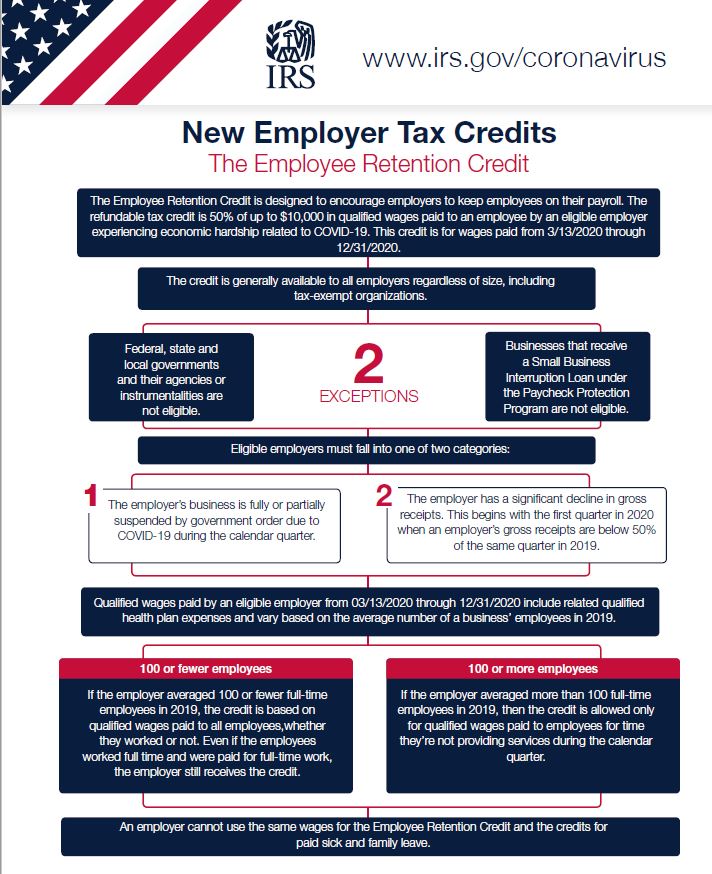 The IRS is attempting to provide as much information on the various tax credits available to employers during the COVID-19 pandemic.  In its latest bid to streamline the information, the IRS has issued Publication 5419, New Employer Tax Credits.  The flowchart style publication can be found on the IRS website.  The chart breaks the tax credits into two sections.  The first section is on the Employee Retention Credit portion.  It explains the purpose of the credit…to encourage employers to keep employees on their payroll…the amount of the credit…50%…and who is eligible for the credit…all employers regardless of size, but not governments or businesses who received a PPP loan. 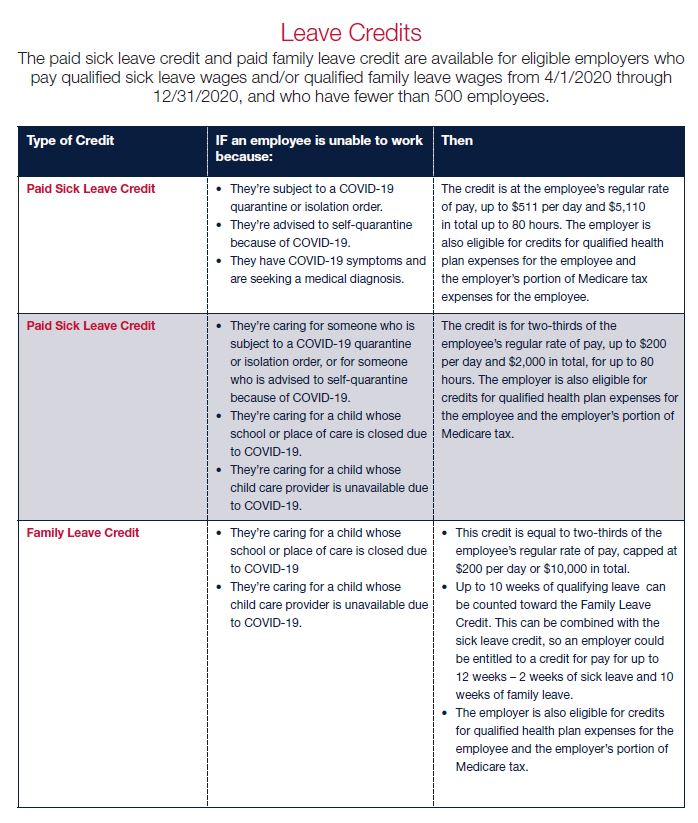 Page 2 of the chart outlines the leave credits for paid sick leave and paid family leave.  This applies to employers with 500 or less employees.

For more info or details on these credits see the IRS website.

The U.S. Department of Labor (DOL) has issued three new opinion letters that address compliance issues related to the Fair Labor Standards Act (FLSA).  As a reminder to my readers, an opinion letter is an official, written opinion by the DOL’s Wage and Hour Division (WHD) on how a particular law applies in specific circumstances presented by the employer that requested the letter.  The current group of letters issued include:

FLSA2020-4: Addresses excludability of referral bonuses from the regular rate of pay. The employer is offering a referral bonus to employees not involved in recruiting or human resources and would be issued in two parts, one immediately and one if the employee is still employed after a year and so is the employee who was referred.  The opinion states that the first portion of the bonus would not be included in the regular rate of pay calculations as it is not remuneration for employment as it is a voluntary program.  However, the second installment of the bonus would be included as it would be considered the same as a longevity bonus. If the employee received the bonus whether they were still employed or not, it would not be includable.

For more information on opinion letters, see the WHD website. 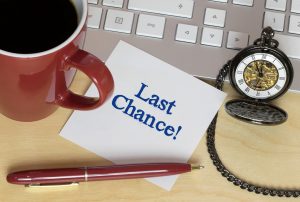 Today is the last day to register for our upcoming webinar, Form 941: CCOVID-19 Edition being held tomorrow. The passage of the Families First and Cares Acts have caused massive changes to IRS Form 941 that affect the final three quarters in 2020! 16 new lines now appear on this form along with changes to two others! Are you ready to meet these changes and handle them correctly? Join me tomorrow,  Thurs., May 28th at 10 am Pacific as I examine the Form 941–COVID-19 edition in depth. Use coupon code cjyfrqa6 at checkout for a 10% discount.

The webinar will cover:

Submitted to the APA for approval for 1.5 RCHs 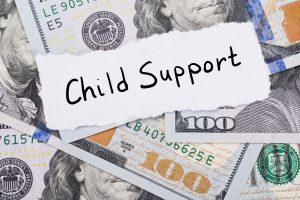 The Office of Child Support Enforcement published a guide for employers to begin sending child support payments electronically. According to the guide:

All states and territories accept child support payments at their State Disbursement Unit (SDU) by Electronic Funds Transfer (EFT)/Electronic Data Interchange (EDI), the primary method of sending payments electronically. The EDI portion of the transmission includes identifying information so the payment can be properly credited to the payor’s case(s). SDUs centralize the collection and disbursement of all child support payments withheld by employers as well as other types of payments. Using EFT/EDI is well worth the initial effort. Employers that switch from sending paper checks to electronic payments will enjoy lower costs, fewer errors, and faster processing.

There are several ways to send a child support payment electronically:

Step 1: Determine whether your payroll/accounting system supports electronic payments for child support.  If it does not, you may want to explore these options:

Step 3: Conduct the EFT/EDI start-up procedures for each of the child support agencies you contacted in Step 2.  These procedures will typically include:

Where to go for more information

In news for tax professionals and small businesses, the IRS has advised those who are beginning to deal with Form 7200, Advance Payment of Employer Credits Due to COVID-19 to do so carefully to avoid making error when completing the new form.  Mistakes in completing the form can lead to processing delays, which in turn delays the IRS approving the credits.

Background: The Families First Coronavirus Response Act (FFCRA) and the Coronavirus Aid, Relief and Economic Security or CARES Act both provide refundable tax credits for the employer.  FFCRA requires employers (of a certain size) to provide paid sick leave or paid family leave.  To offset the cost of this leave, the employer is permitted to take refundable tax credits against employment taxes.  The CARES Act permits the employer to take a “employee retention credit” equal to 50% of “qualified wages”.  This is also offset against employment taxes. However, it is possible for these credits to exceed the employer’s actual tax deposits.  In this case, the employer is permitted to receive the excess paid leave credits or the employee retention credit in advance by using Form 7200. 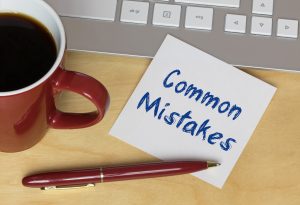 However, the IRS has noted some common errors or mistakes in filling out the form, slowing the process.  The errors to avoid include:

Also, Form 7200 may be signed by a duly authorized agent of the Eligible Employer if a valid Form 2848 (Power of Attorney and Declaration of Representative) has been filed.

For more information about Form 7200 and its use can be found on IRS.gov: About Form 7200, Advance Payment of Employer Credits Due to COVID-19. 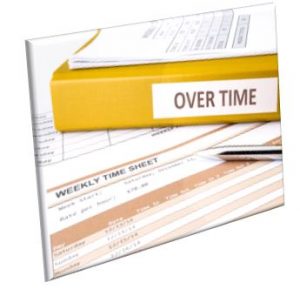 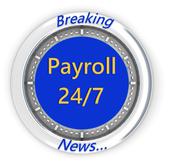 As questions pour into the Department of Labor and the Internal Revenue Service from employers on the Families First Act and the CARES Act, both agencies are updating their respective FAQs.  Here are the latest updates: 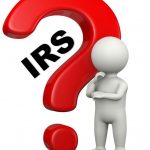 Here are the updates to report since my last COVID-19 blog. First up, the Department of Labor is now, officially, enforcing the paid sick leave and paid family leave requirements of the Families First Act. There was a grace period for compliance and that has now passed.

The states are starting to get active with information on withholding taxes and especially on garnishments.  These include: 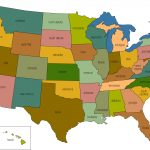 Garnishments: Pennsylvania and Washington are suspending or reducing wage garnishments or tax liens.

Most of the states have COVID-19 sections on their websites for either departments of labor or departments of revenue to assist employers with questions and compliance issues.

To keep up to date with the latest info on the COVID-19 payroll related news items, subscribe to our payroll e-news service, Payroll 24/7 for only $149 per year. 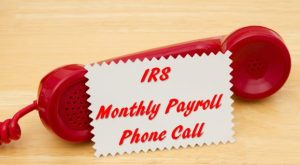 The IRS (including the Social Security Administration) holds a monthly payroll profession phone meeting.  Usually on the first Thursday of the month, it was delayed this month due to the COVID-19 pandemic.  It was held yesterday.  As expected, the call centered around the latest updates for the pandemic on the new legislation. Here’s the recap for you:

1. There was a brief discussion on the updates the IRS has released, which include:

2. It also discussed the latest forms to be released.  This includes the Form 7200 and its instructions.  This form is used to request tax credits in advance for the Families First Act and the CARES Act. 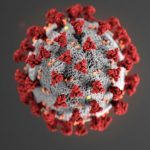 3. The Form 941 was discussed.  It is in the drafting stage and this draft version should be released by the end of next week.  This will be the form to use for the second quarter and beyond. It is being redesigned to allow for lines to report the various COVID-19 tax credits.  The form will go from two pages to three.  It is still unclear whether or not the Schedule B will be revamped as well.

4. Social Security Administration reminded the attendees that they are also on limited staffing so the employer 800# is not being staffed as it is not able to be accessed remotely by employees.  Employers are urged, instead, to use the email employers@ssa.gov  for any questions they may have.  This can be staffed from home by SSA staff members.  If you have questions on using the Business Services Online (BSO) you should email bso.support@ssa.gov.

The meeting for May will be on schedule and I will have any news from it posted by Friday of the same week.