Our blog for Wage and Hour Wednesday deals with the Biden administration withdrawing the Independent contractor rule set into motion during the last days of the Trump administration.

In the press released issued this morning:

The U.S. Department of Labor today announced the withdrawal – effective May 6 – of the “Independent Contractor Rule,” to protect workers’ rights to the minimum wage and overtime compensation protections of the Fair Labor Standards Act (FLSA). The Department is withdrawing the rule for several reasons, including:

minimum wage for every hour they work and overtime compensation at not less than one-and-one-half times their regular rate of pay for every hour over 40 in a workweek. FLSA protections do not apply to independent contractors.

In addition to preserving access to the FLSA’s wage and hour protections, the department anticipates that withdrawing the independent contractor rule will also avoid other disruptive economic effects that would have been harmful to workers had the rule gone into effect.

For more information about the FLSA or other laws enforced by the Wage and Hour Division, visit https://www.dol.gov/agencies/whd, or call toll-free 1-866-4US-WAGE. 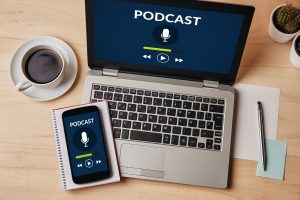 Recently I was asked to do my first podcast ever.  Outgrowth a Slice of Pro Beauty Podcast, a group that caters to beauty salon owners and workers, asked me to come on the podcast to discuss the payroll pitfalls when working in or running a salon.  The discuss is in two parts and covers misclassifying workers and the resulting legal ramifications in addition to a whole range of payroll areas that can cause compliance problems. Though generally geared to the beauty salon business, my discussion would be useful to anyone who needs to worry about compliance issues.

I hope you find it useful and informative.

Be sure to register for our first payroll lecture/webinar of the year.  The topic is the 2021 Form 941 and is being held on Wednesday, March 24th starting at 10:00 am Pacific.  Click here for more details and to register.  Use coupon code CJYFRQA6 at check out to receive a 10% discount as a Payroll 24/7 BLOG FOLLOWER.  The webinar is pending approval by the APA for 1.5 RCHs.

The U.S. Department of Labor announced plans on March 11, 2021 to rescind two final rules that would significantly weaken protections afforded to American workers under the Fair Labor Standards Act.

The first Notice of Proposed Rulemaking proposes the withdrawal of the Independent Contractor Final Rule issued by the department on issued on Jan. 7, 2021, for several reasons. They include the following:

Among its provisions, the FLSA requires covered employers to pay employees at least the federal minimum wage for every hour worked and overtime premium pay of at least one and one-half times their regular rate of pay for every hour worked over 40 in a workweek. An independent contractor has no FLSA protections.

The second Notice of Proposed Rulemaking seeks to rescind a current regulation on joint employer relationships under the Fair Labor Standards Act, published in the Federal Register and which took effect on March 16, 2020. In February 2020, 17 states and the District of Columbia filed a lawsuit in the U.S. District Court for the Southern District of New York against the department, arguing that the Joint Employer Rule violated the Administrative Procedure Act. The court vacated the majority of the Joint Employer Rule on Sept. 8, 2020, stating that the rule was contrary to the FLSA and was “arbitrary and capricious” due to its failure to explain why the department had deviated from all prior guidance or consider the effect of the rule on workers.

The department invites comments from the public on both proposed rules at www.regulations.gov. The comment periods end on April 12, 2021.

Anyone who submits a comment (including duplicate comments) should understand and expect that the comment, including any personal information provided, will become a matter of public record. The division will post comments without change at www.regulations.gov and include any personal information provided. The division posts comments gathered and submitted by a third-party organization as a group, using a single document ID number at the site.

“ABC Test” is to be used when determining whether a worker is an employee or independent contractor for purposes of California wage orders. Previous to this latest decision the court case of S.G. Borello & Sons, Inc. v. Department of Industrial Relations, Cal. Sup. Ct., 769 P.2d 399, 3/23/89) was used to determine employee status. In that case the principal test of an employment relationship was whether the person to whom services were rendered has the right to control the manner and means of accomplishing the result desired. Under Dynamex, the Court embraced a standard that presumes all workers are employees instead of contractors and places the burden on classifying an independent contractor under the ABC test.

For a detailed analysis of this case and how you might have to adjust your hiring decisions, I will refer you to the Labor & Employment Law Blog posted by Timothy Kim for the law firm of Sheppard Mullin.

The subject of who is an employee and who can be classified as an independent contractor is a hot topic right now.  Both the IRS and the Department of Labor (DOL) are actively auditing employers to locate misclassified employees.  But how do you know if you are doing it correctly, when you classify a worker as an independent contractor?  The IRS has, of course, their 3 factor control tests that you can apply.  They also have the Form SS-8, Determination of Worker Status for Purposes of Federal Employment Taxes and Income Tax Withholding. Employers can use this form to help themselves determine worker status or even submit it to the IRS and let them make the determination (not usually anyone’s first choice!).  But what about the DOL and the FLSA?  What do they offer to help determine a worker’s classification?

elaws is the main assistance program that helps employers navigate the complexities of the Fair Labor Standards Act requirements.  These interactive web pages answer various questions on things such as calculating overtime and who should be exempt.  Now the DOL has a elaws on Independent Contractors that give some simple but efficient information to help employers determine if the worker should be an employee or not. It explains the background of how the determinations are made as well as the six areas that are investigated to determine the worker’s status. Though a simple one-page elaws it does provide good information for employers.

Should a worker be an independent contractor or an employee? Employers grapple with this question everyday.  And most think that it is all based on what the IRS wants under the tax rules.  Do they pass the three factor test on the employee side or the independent contractor side?  Do we offer training? Do we have too much control over them?  These are the questions the IRS asks in making the determination and employers must answer to the IRS’ satisfaction.  But employers must never forget there is another government agency out there that is just as interested in how you categorize a worker and have been since 1938.  It is the Wage and Hour Division (WHD) of the U.S. Department of Labor (DOL). Their rules under the Fair Labor Standards Act (FSLA) have been in play for decades.  Sitting quietly through audit after audit.  The WHD has incorporated dozens of states into its fold with its misclassification initiative. Late last summer it issued an “interpretation of these rules” that have been in place for decades. All this to reinforce the idea that they are here and they are auditing.

So what are these rules under the FLSA?  That is what our white paper is about this week.  How to classify a worker as an employee under the FLSA. What are the basic rules, the court rulings and the latest Administrator’s interpretation.  Check out our home page to request a copy this week.

The Wage and Hour Division (WHD) of the U.S. Department of Labor has issued an Administrator’s Interpretation 2015-1: The Application of the Fair Labor Standards Act’s “Suffer or Permit” Standard in the Identification of Employees Who Are Misclassified as Independent Contractors. This Interpretation explains in greater detail how the WHD would use the “Suffer or Permit to Work” standard in identifying employees who are misclassified as independent contractors. In addition, the WHD has discussed the same subject on its July 15, 2015 blog in less legalese but still illuminating.

As a result of a recent New Jersey Supreme Court ruling, New Jersey businesses will be subject to much stricter scrutiny when it comes to classifying workers as independent contractors.  In the case, Sam Hargrove, et.al.v Sleepy’s LLC, the court concluded that the “ABC” test under the New Jersey Unemployment Compensation Act will be used to determine a worker’s status for claims under both the WPL and WHL and not the FLSA’s economic realities test.

Officials from the U.S. Department of Labor and the Florida Department of Revenue today signed a memorandum of understanding with the goal of protecting the rights of employees by preventing their misclassification as independent contractors or other nonemployee statuses. Under the agreement, both agencies will share information and coordinate law enforcement. The MOU represents a new effort on the part of the agencies to work together to protect the rights of employees and level the playing field for responsible employers by reducing the practice of misclassification. The Florida Department of Revenue is the latest state agency to partner with the Labor Department.