I received an update recently from the Colorado Department of Revenue on a blog post they did on January 6th concerning paystubs and Forms W-2. 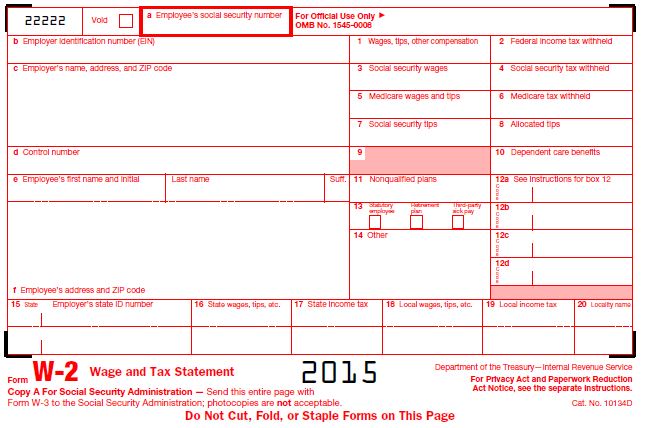 Now in my payroll departments I have always stated emphatically in my year end memo that you can not interchange the two forms and you cannot submit your taxes using the paystub.  But the problem seems to be that some tax preparation services are advertising “Bring us your pay stubs and we’ll file your tax return.”  So it seems that payroll departments need to gently remind their customers that you have to wait until the W-2s are released by payroll before you can file either on paper or electronically.

If you had attended any of my year end webinars you would have found out that the IRS was discussing moving the due date of the Forms W-2 from the current date of March 31 (if electronic filing) or last day in February (if filing on paper).  The discussion is over and the new regs have been released.  Effective for the 2016 Forms W-2 filed in 2017, the due date is now January 31st for filing with the Social Security Administration regardless of method used to file.  The reason for this change is simple…to prevent theft.  An audit of the IRS back in 2012 discovered that over six billion dollars was lost to fraudulent filing of tax returns.  Since the IRS works on the give first and verify later type of refunding (otherwise you would have to wait for your refund until June of each year) this type of fraud is hard to detect.  The IRS was able to recoup over $20 billion of potential fraud even using this method.  But the only way the IRS can totally prevent this type of fraud is by two ways.  The first way is to delay refunding any taxes until after they have received the info from the employer.  This means tax refunds would not go out until June or July of  each year.  Something that would drive the “villagers” to take up pitchforks and torches.  The second way  is to get the info from employers earlier than March 31st. And that is the way they have chosen to go.  So put it on your year end calendar for 2016–W-2s due are due to both employees and the SSA on January 31st.

The Payroll Pause subscribers were informed of this information on December 21, 2015. Get all the latest payroll news that you need when it happens by subscribing to the Payroll Pause today for only $65 per year.

The EY 2015 Payroll Wall of Fame came out on December 23rd and my name was on it.  Was yours?  I think this was a great idea and so did 673 payroll professionals who helped celebrate our profession.  Collectively there were 14,000+ years of service in the payroll industry represented.  Some with just four years in payroll while others with over 40 years in the profession.  But each one proud to show it. To view the wall click here.